An Interview with Wacko Maria's Atsuhiko Mori - Slam Jam Official Store
YOUR SHOPPING CART
VIEW CART
TOTAL
CHECKOUT
Back
Access Denied
IMPORTANT! If you’re a store owner, please make sure you have Customer accounts enabled in your Store Admin, as you have customer based locks set up with EasyLockdown app. Enable Customer Accounts 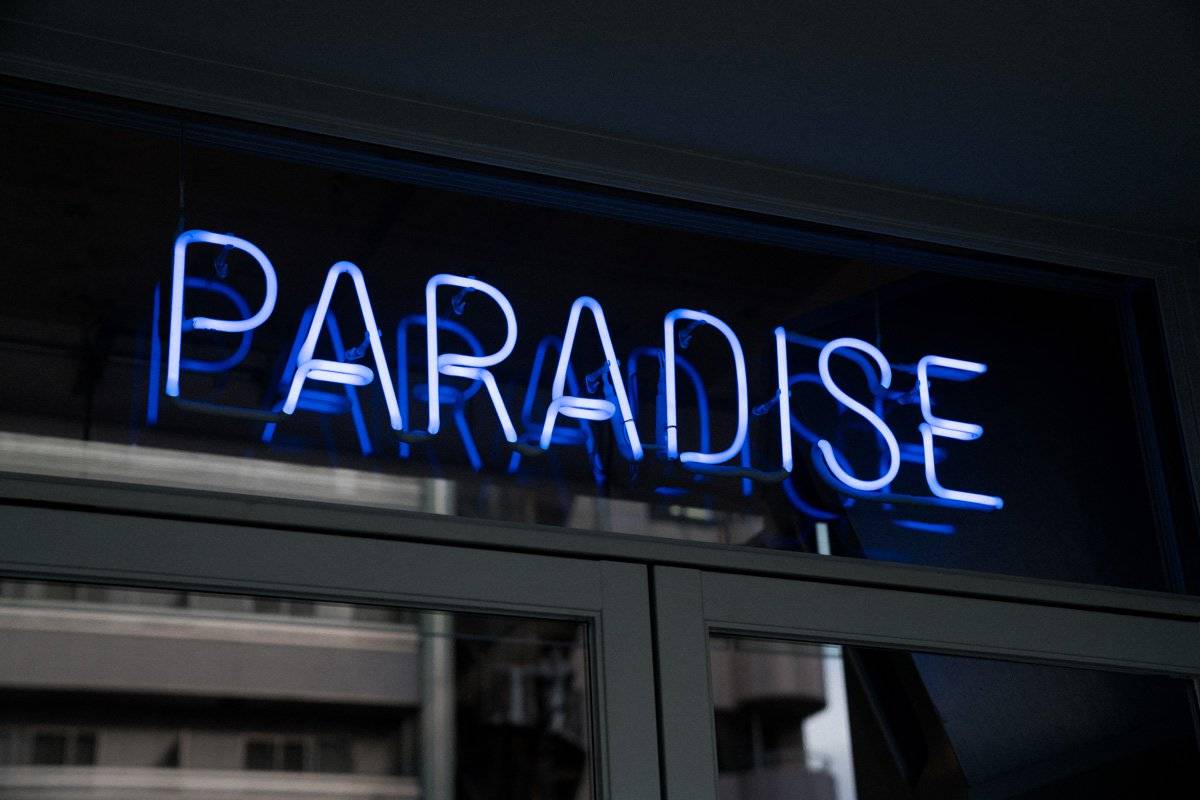 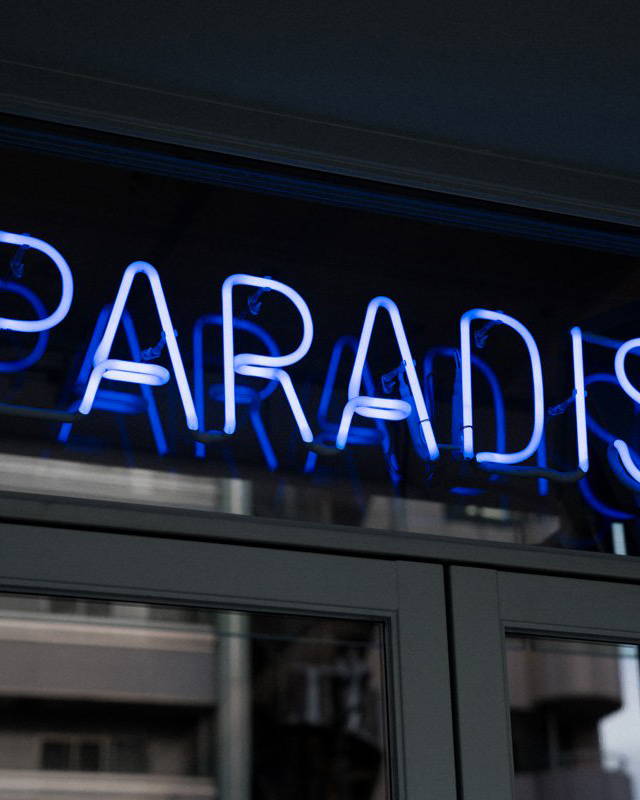 Originally founded in 2005 by retired J-league footballers Keiji Ishizuka and Atsuhiko Mori, Wacko Maria remains an influential though low-key brand in the Japanese fashion scene. Its Paradise City location is a retail trinity that combines a clothing store, vintage sound system, and coffee shop. Although located in Tokyo’s trendy Meguro ward, the store is off the beaten path and located on a busy street devoid of any other relevant retailers. Although Keiji Ishizuka has since left the picture, we had the chance to catch up with Mori over an afternoon at Paradise City where the eclectic and laidback owner shared more about the shop and the journey. 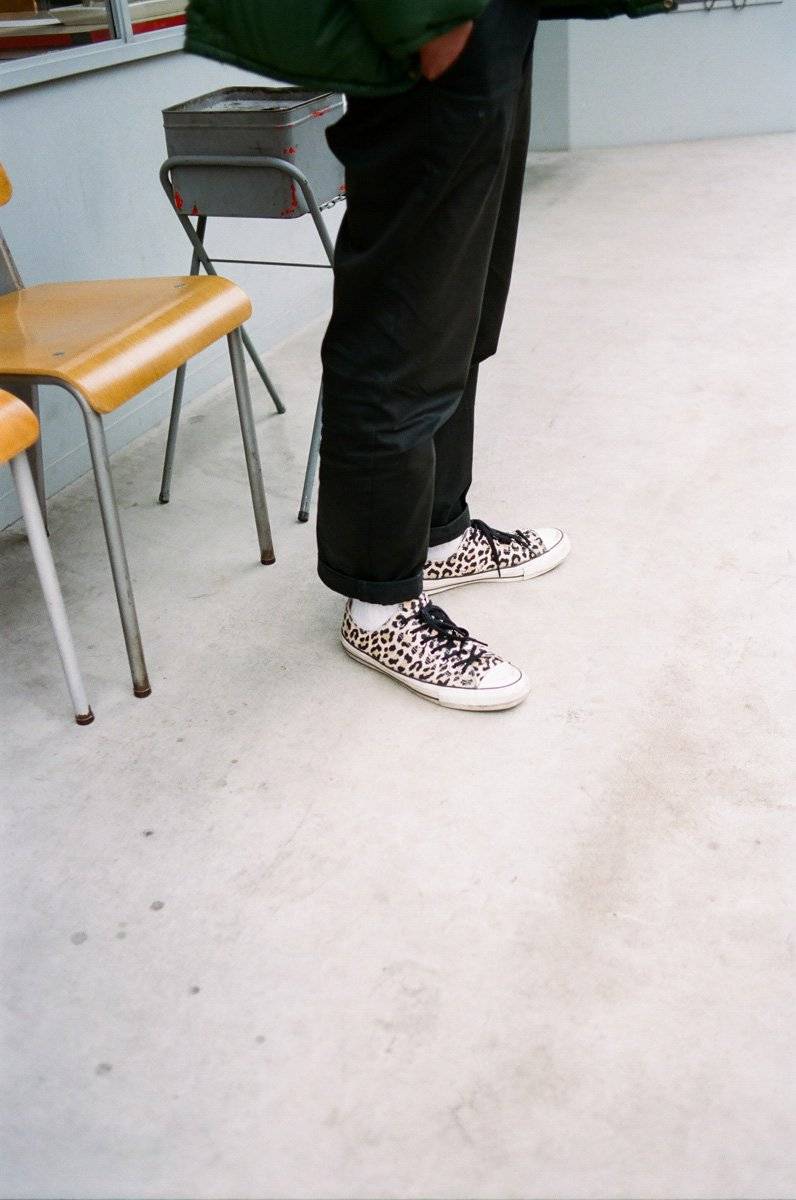 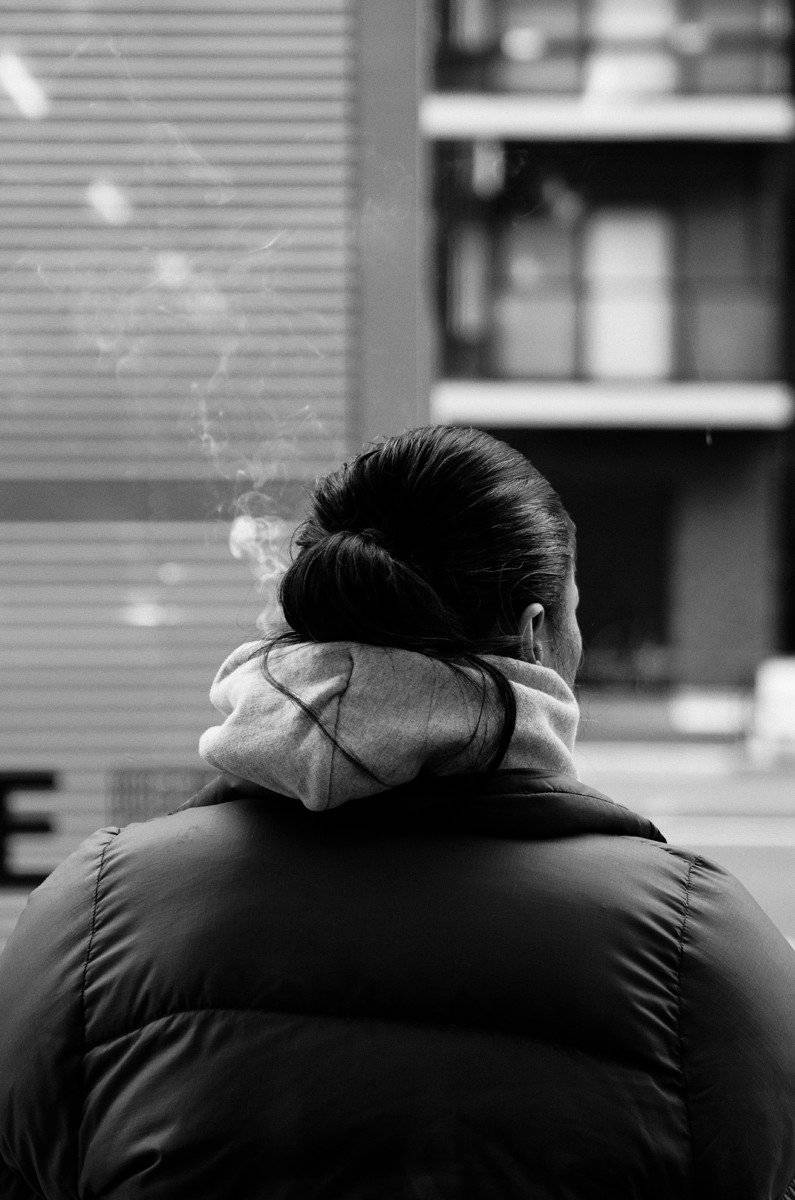 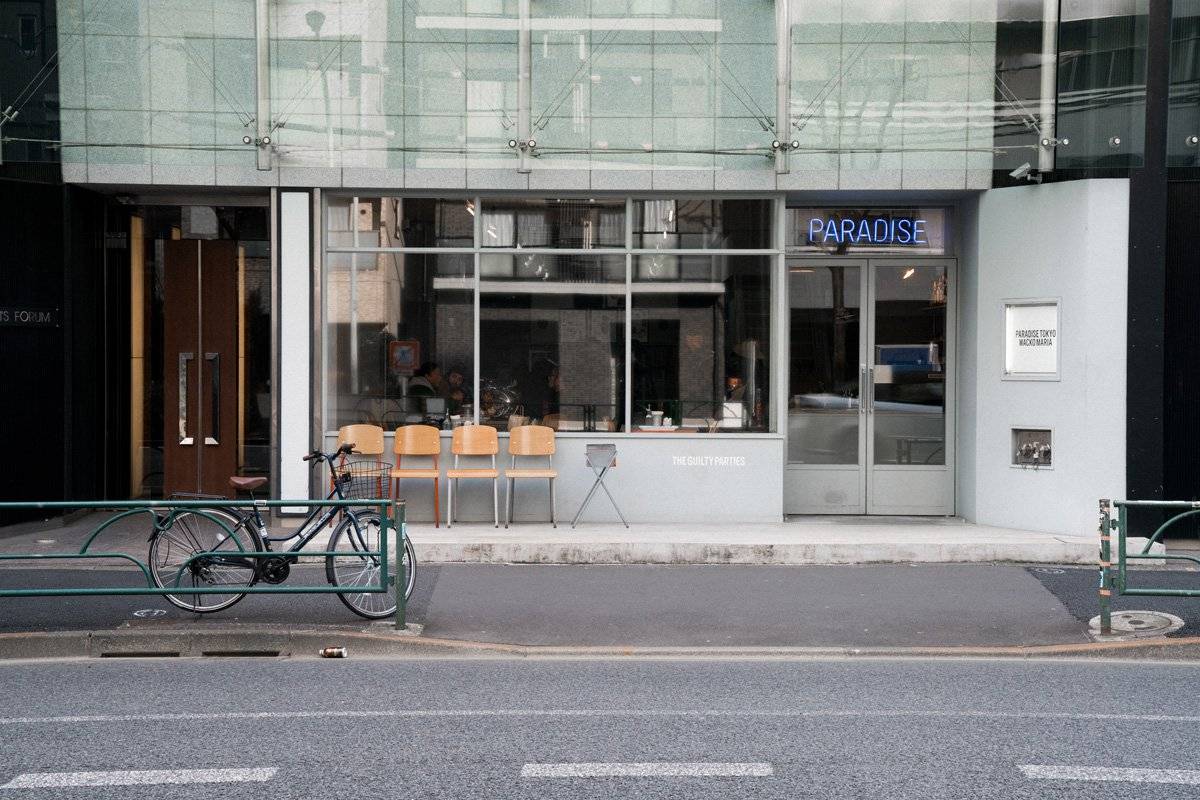 I: I understand you were doing soccer at the beginning. What made you go in this new direction?

AM: Some time after I finished with soccer, I was drinking with my partner at the time.We weren’t thinking of doing anything big in particular, but we at least wanted to do something cultural, and that’s what we started with.

I: You’ve successfully combined a lot of concepts into this space such as the music, the clothing store, and the coffee shop. Did you have the same interests/direction/vision?

AM: My partner and I started with the same direction, but we’ve since gone separate ways. For myself, I’m the type that gravitates towards culture and music like what you see here.

cultural, and that’s what we started with.

I: Other than music, what else are you influenced by?

AM: I like a lot of different things, including movies. I’m a huge fan of Italian architecture, the four Renaissance men and film directors like Luchino Visconti, Federico Fellini, and Bernardo Bertolucci. I also like Godard as well.

I: As a soccer player in uniform, you tend to blend in with your team, but I saw some old photos of you as a goalkeeper, and you had your own style. How did you distinguish yourself stylistically on and off the pitch?

AM: I never wanted to do the same thing as everyone else. That applies to not only my sense of style but how I think as well. 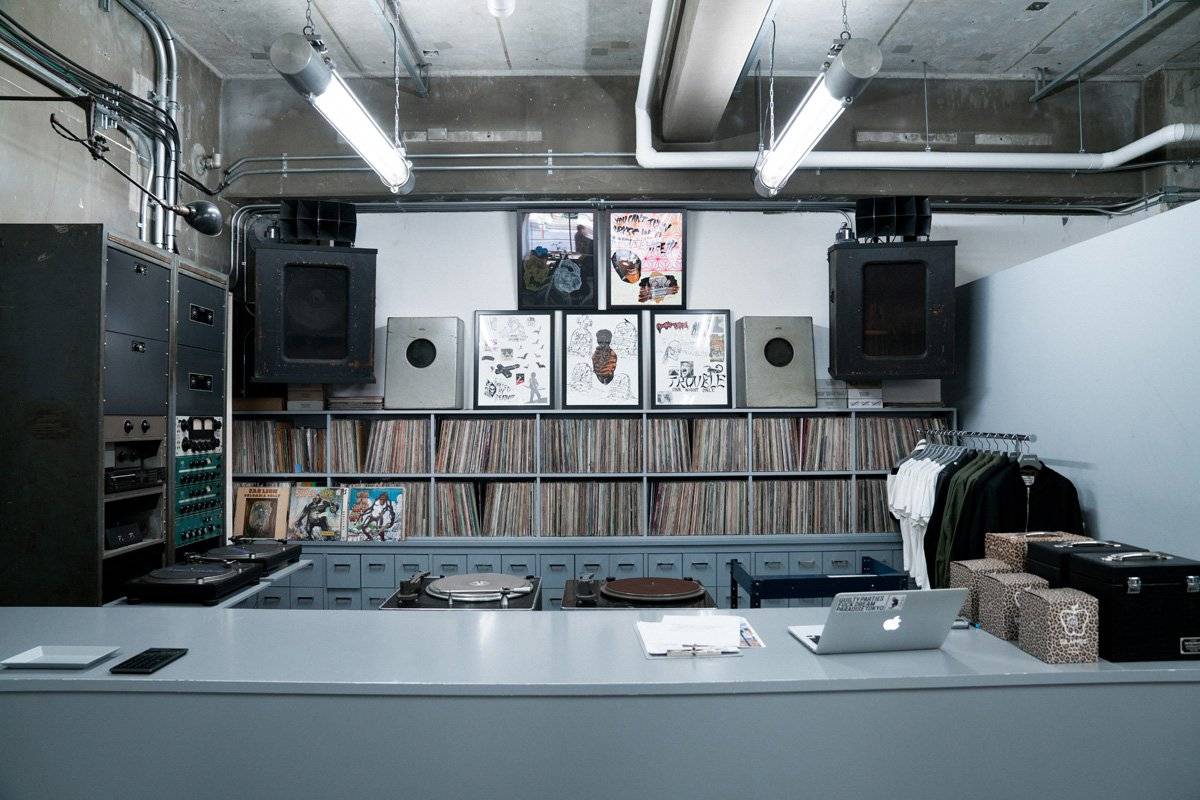 I: What are the subtle evolutionary steps of your personal style?

AM: When I around 18, I was into dancehall reggae, Bob Marley, and hip-hop so around the time I wore things like an (Adidas) three-striped jersey and rasta hat. I’ve also always liked second-hand clothing too. When I was 20, I wore slim suits like Lupin the Third, the famous thief from the manga series and got them tailor made.

I liked musicians like Tom Waits, so I got black suits made too. At the time, I wanted to know more about suits and I also liked Tom Ford, so when I was around 30, I got a few Tom Ford pieces here and there to try them and thought how incredibly nice they were.

I: Was there a particular musical influence on Wacko Maria?

AM: I like music and still buy a lot of records. I buy a lot of genres, like rockabilly, ska, rocksteady, punk, and soul. The result is a blend of music, culture, and clothes. The basic idea was to match music with the clothes.

I: So, what was Wacko Maria’s genre at the beginning?

AM: The bar from before had a similar vibe to this shop, and though the stuff we released at the beginning was a little reggae, I liked a lot of different genres back then, so it’s been largely the same.

I: Music is such a strong creative force for you, but do you see yourself expanding beyond fashion into other creative outlets like design or food?

AM: I want to do a bar with great music, and that plays movies. I’d love to do that again.

I:Is there a genre you don’t like? What are you listening to now?

AM: I don’t listen to metal. But I’ve been listening to Richie Hawtins and DJ Harvey. That’s about it for new people, I guess. There are only four DJs in the world I like, Gaz, Kev, Richie Hawtins, and Harvey. I listen to them while I’m thinking. 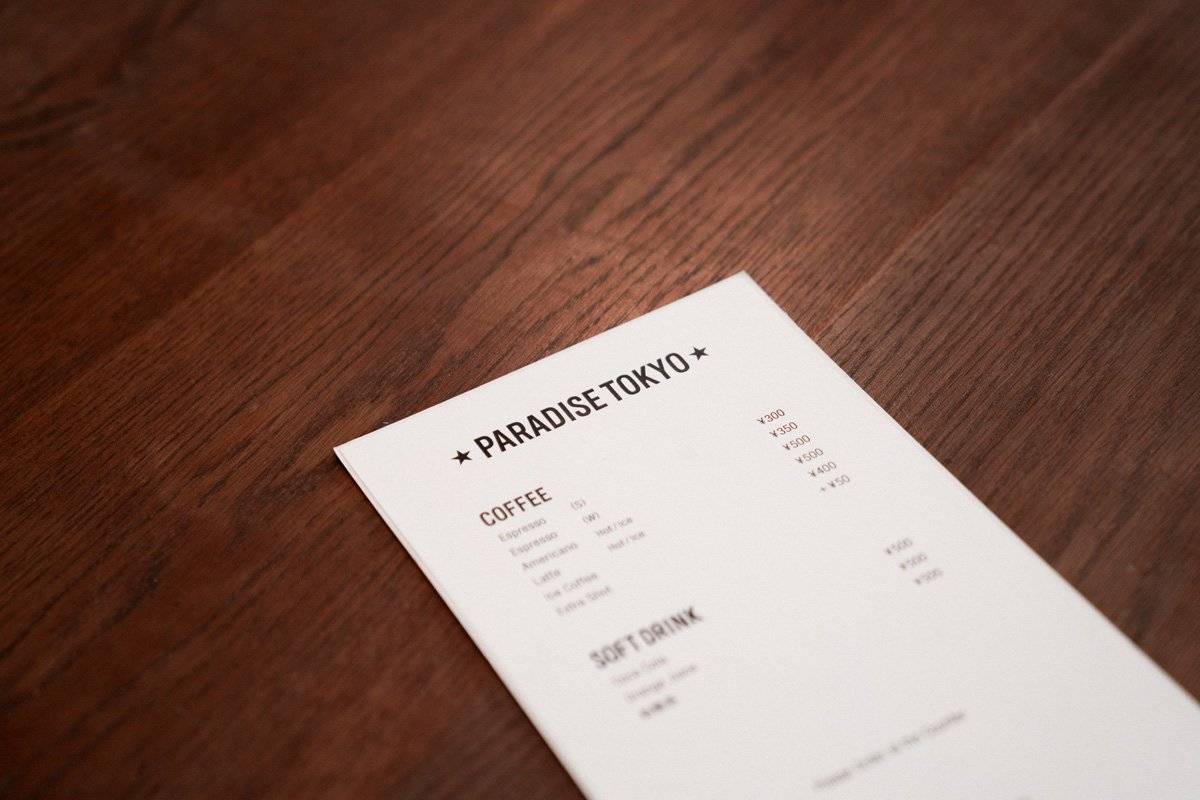 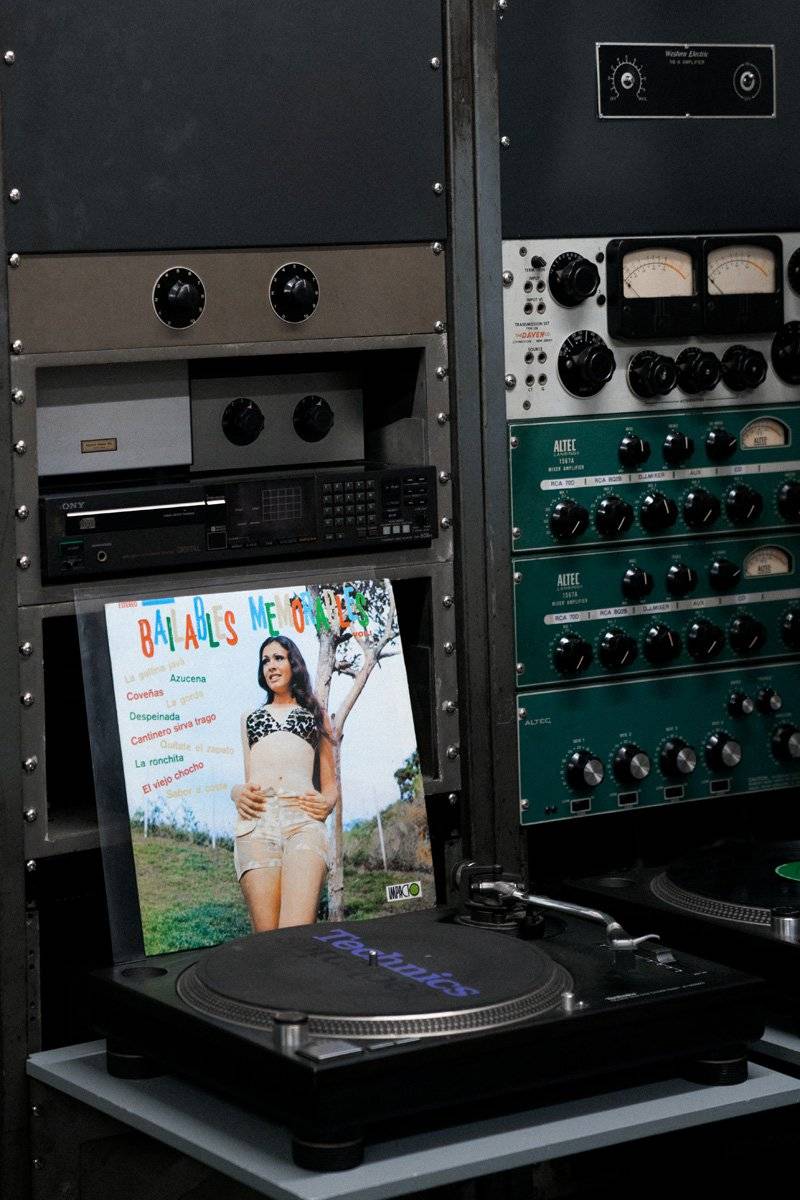 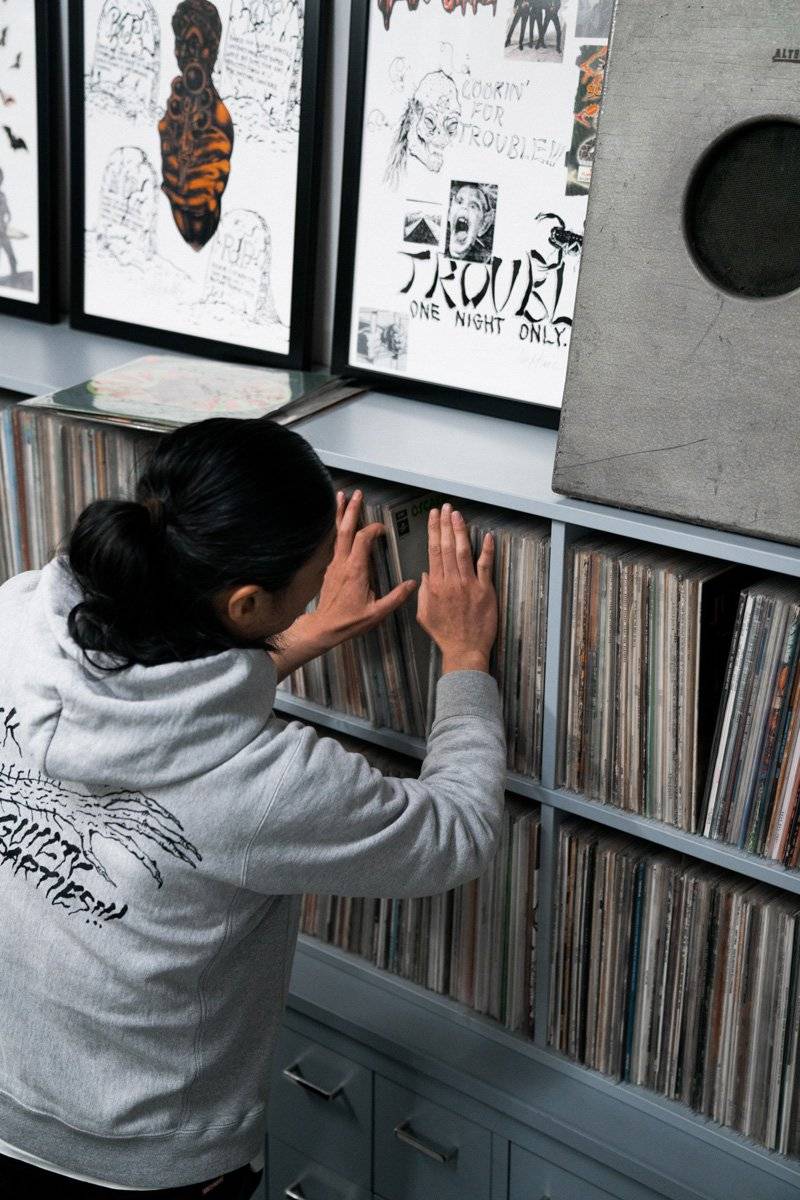 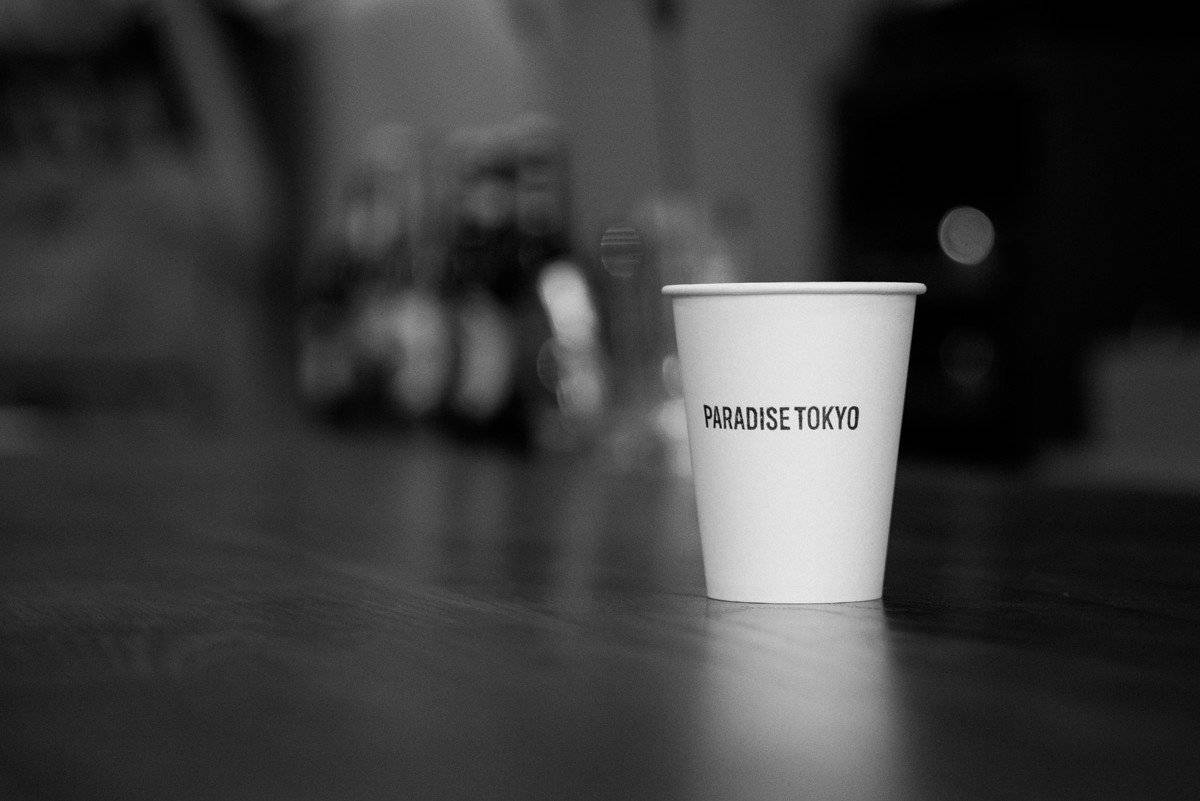 I: Tell us about your particular relationship with vinyl.

AM: I listen to records every day, and I get excited when I find new records. I buy a lot from friends. There aren’t many stores left, there used to be a lot in Shibuya 20 years ago. Hardcore ones are fewer and fewer to come by. I have a lot of friends that are collectors, so I buy privately from them.

We post our Soundcloud mixtape called Killer Tunes Broadcast account on our webpage. All the music on that playlist is from the vinyl I collect, and everything on it is diverse. I play that when I have house parties too.

I: Were you always thinking about what the next step was after you left soccer?

AM: After I had finished soccer, I was looking for a job. I was really into the bar scene that’d play scenes from movies. I thought a bar like that would be fun. But I also thought that while it’s nice to have a lot of people come, it’d also be a pain dealing with bad customers too!

I: As a former professional athlete, how were you able to do something to a high level in a career that you had to start from at point zero? What were some early brand-building challenges?

AM: I found that if you’re able to dive into something, you can apply that to any job. Back then and even now, I found nothing comes easy, so it’s just about getting it done. I’m always just trying to get better as a person. So when I first started, I’d never seen or known much about fabrics, sizing and cuts, so I had to learn the basics.

I: When we first came in, we noticed it was very relaxed, and people were free to come in and out. Is that sense of community important?

AM: I wasn’t necessarily trying to go out and build a community or shape the culture, but it makes me happy that so many people are gathering here. Going forward, it’d be nice to launch something bigger culturally, but we’re not at that stage yet. 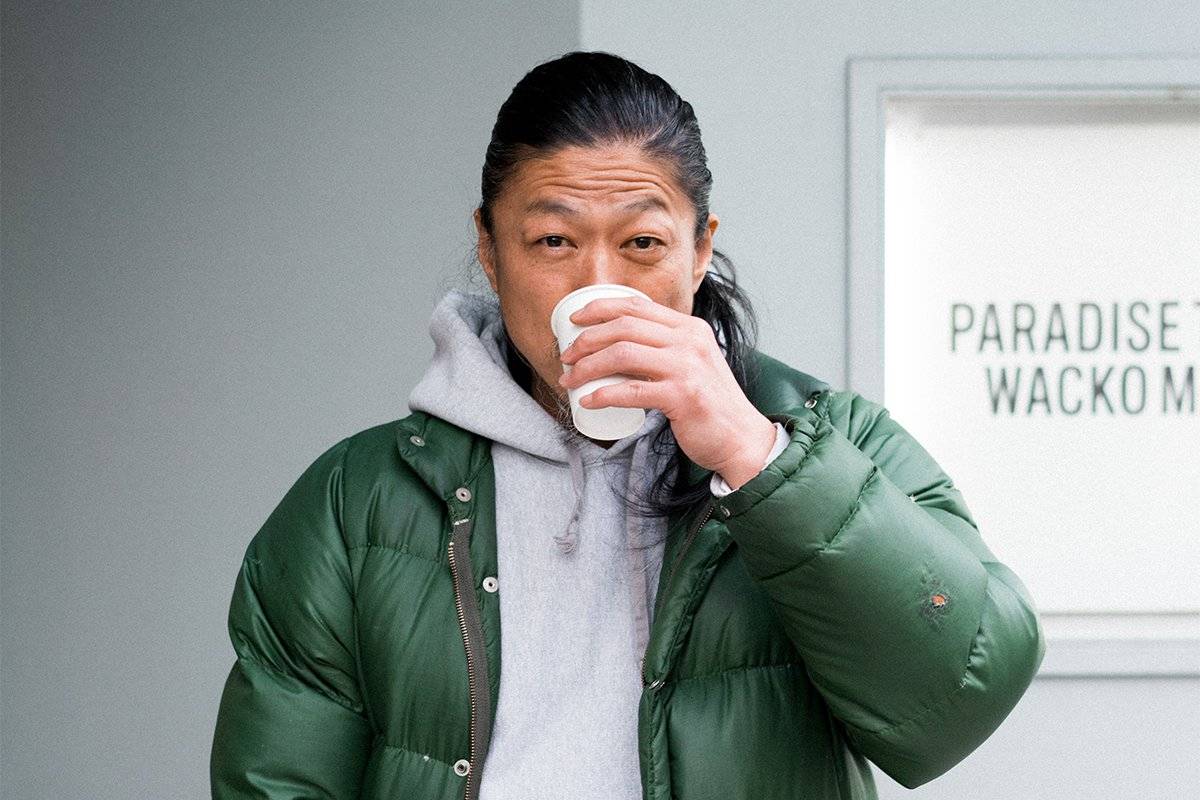 I: What aspect of your day-to-day to you like the most?

AM: Having my morning or afternoon coffee that’s made here.

I: There are many chances to collaborate with artists from around the world. What aspects draw you to these collaborations?

AM: Purely if something’s cool or not and if people like music. I like artists that can feel music like NeckFace. I feel both music and his energy through his art and to him, and that’s why I wanted to collaborate with him.

I: What did you think it’d be like starting your brand and what did you realize it was actually like?

AM: Hmm...people quit. In the beginning, we were like family doing this with my partner and I.We wanted to keep that going, but you know, stuff happened. Of course feel sad it didn’t work.

I: What’s the future for Wacko Maria?

AM: I want to keep raising the level of what I’m doing now. It’s not that I’m not interested in broadening Wacko Maria’s scope abroad, but we’ll only do something if the timing’s right, so I won’t force it.

This interview has been edited for clarity and length. 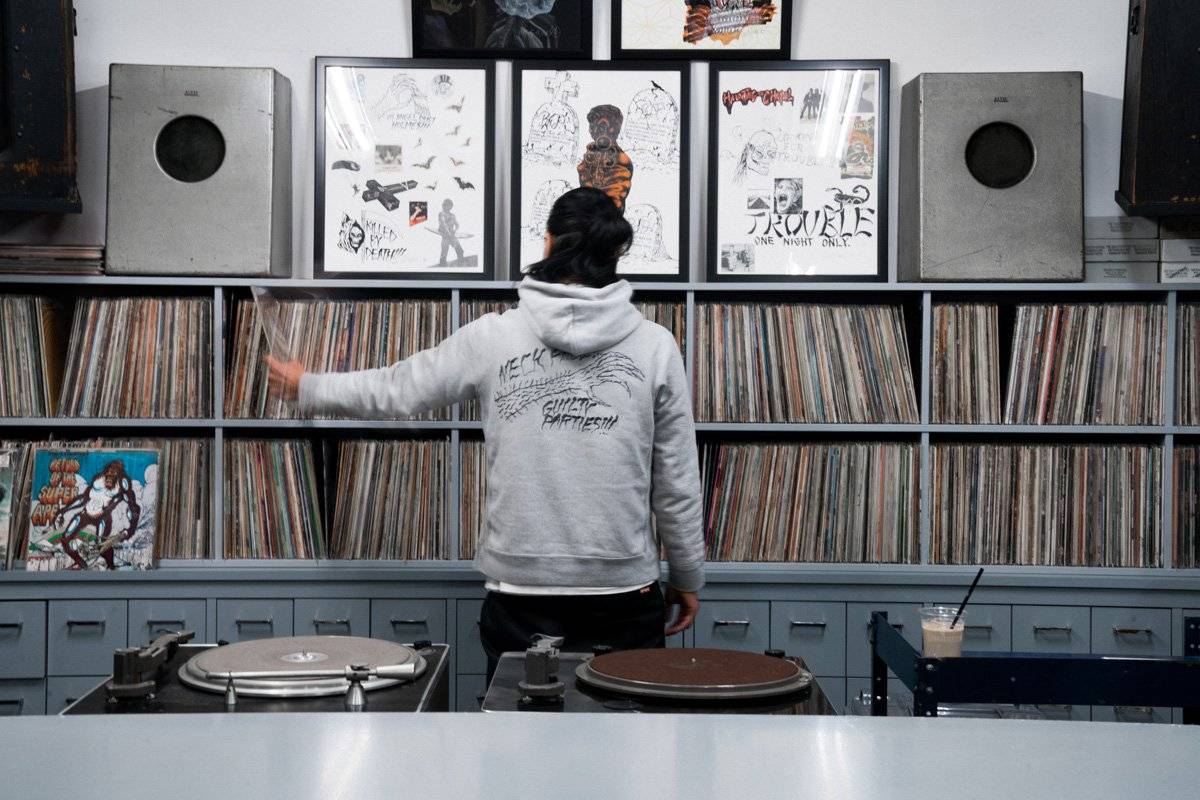