Am I an oracle or a vegetable? - Slam Jam Official Store
YOUR SHOPPING CART
VIEW CART
TOTAL
CHECKOUT
Back
Access Denied
IMPORTANT! If you’re a store owner, please make sure you have Customer accounts enabled in your Store Admin, as you have customer based locks set up with EasyLockdown app. Enable Customer Accounts

Am I an oracle or a vegetable?

Conceived as the soundtrack for AM I AN ORACLE OR A VEGETABLE installation at Slam Jam store, in over one hour of twisted harmonies and bending beats Vitelli celebrates the late Dj Rudy, a rather obscure Italian “cosmic sound” pioneer who’s expanded music research has been widely ignored. Dj Rudy was resident dj at Melamara, a minor Afro-club, all through the 80s as well as main music curator at Radio Azzurra the only afro-sound radio station in Europe. Opening and closing the mixtape row of the ultimate cosmica references: Don Cherry and Richard Wahnfried. 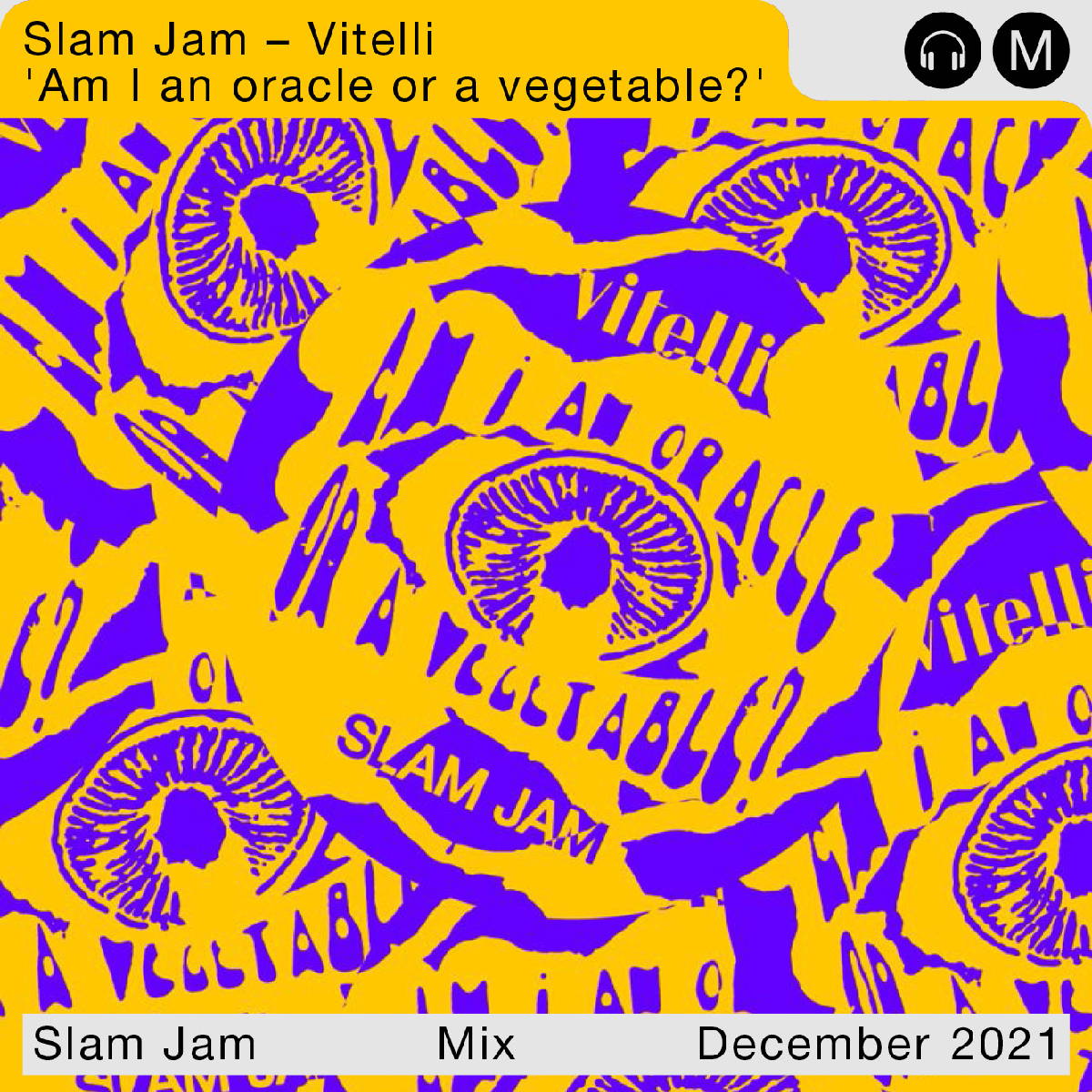